by Aaron Turon and Niko Matsakis 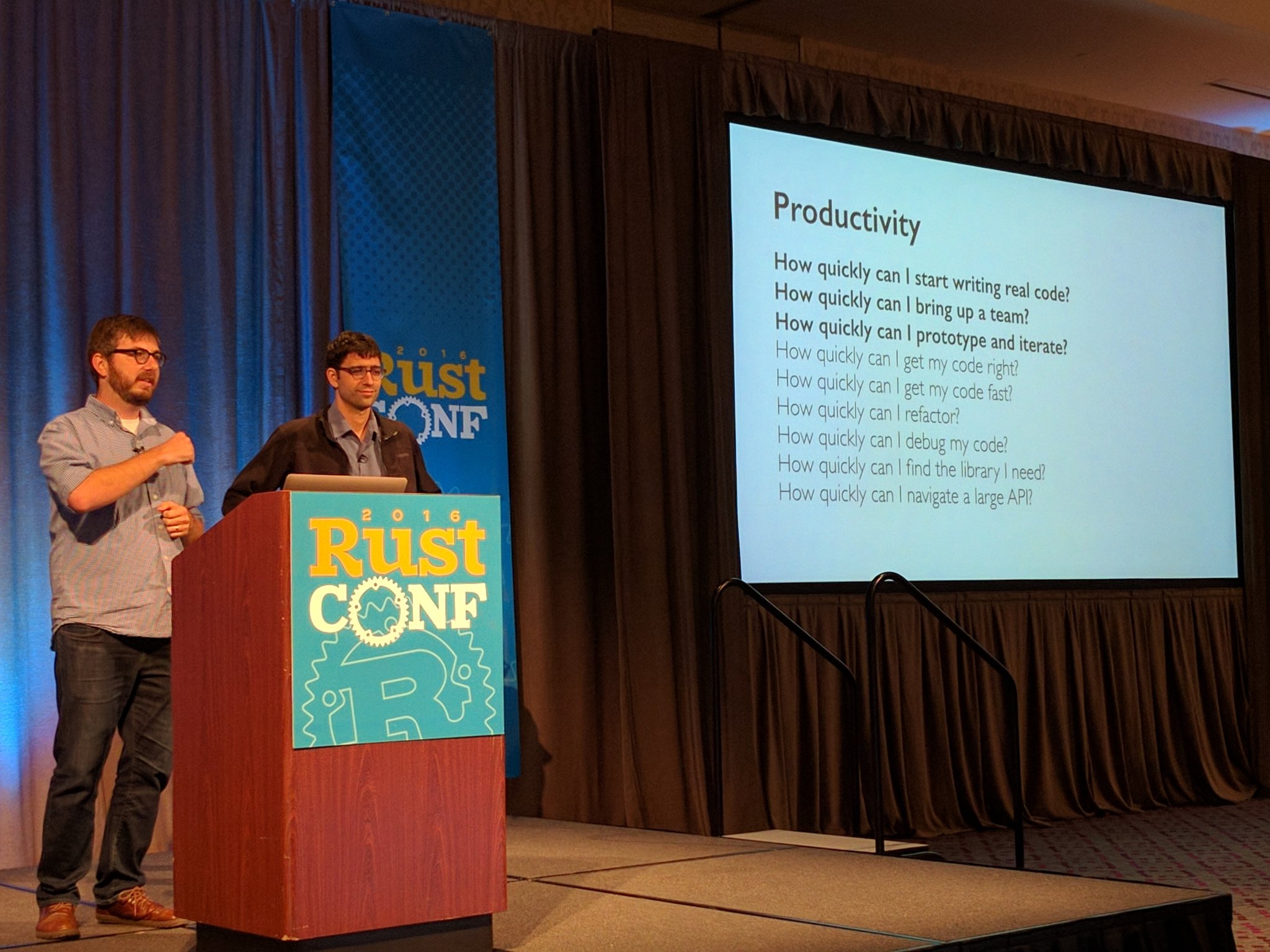 Challenges in the Rust survey

Speed and reliability are core values of rust, but for 2017, productivity should as well.

Rust on the server

serde is pronounced serdy not serd.

Racer for code completion in editors. 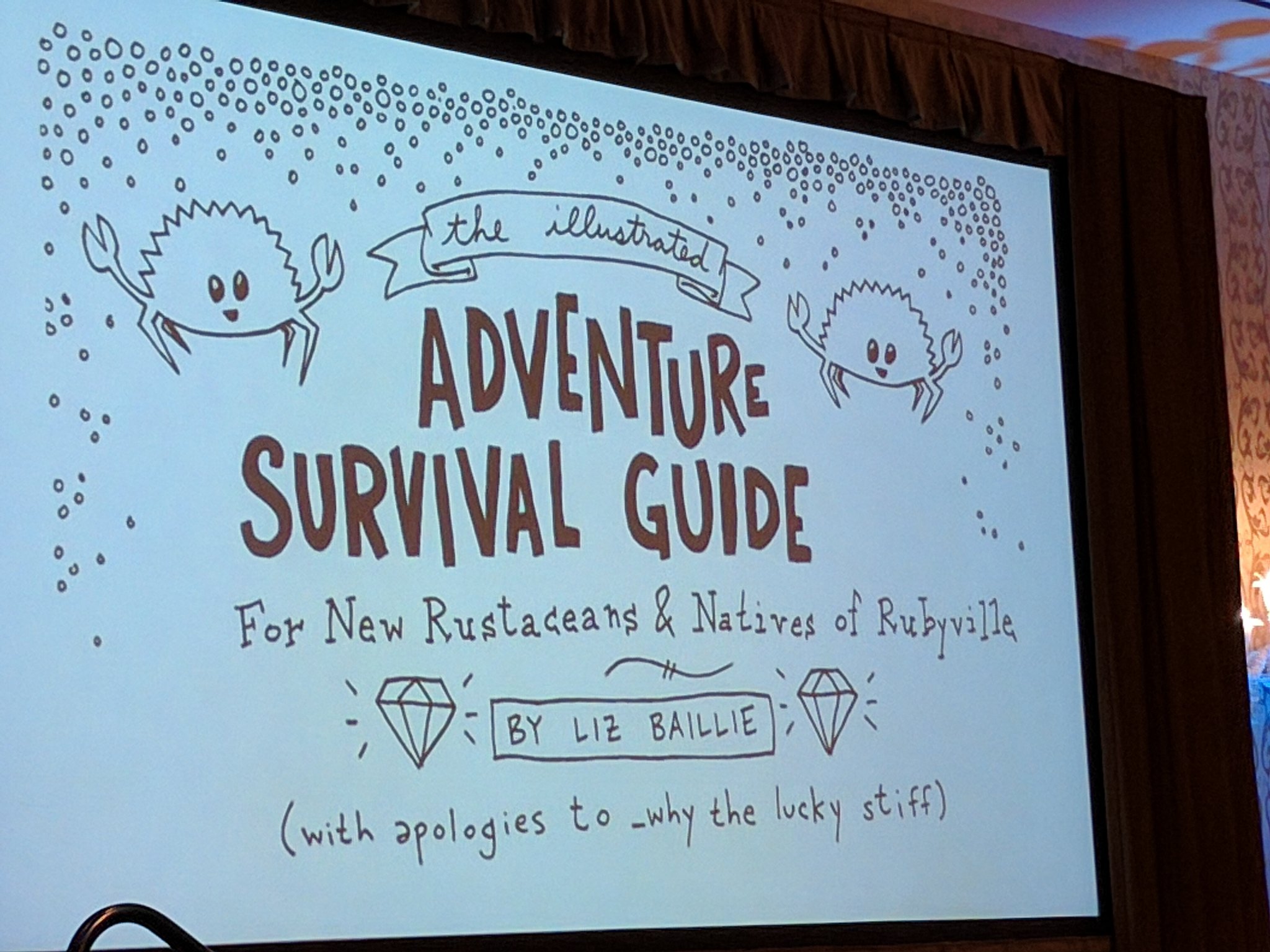 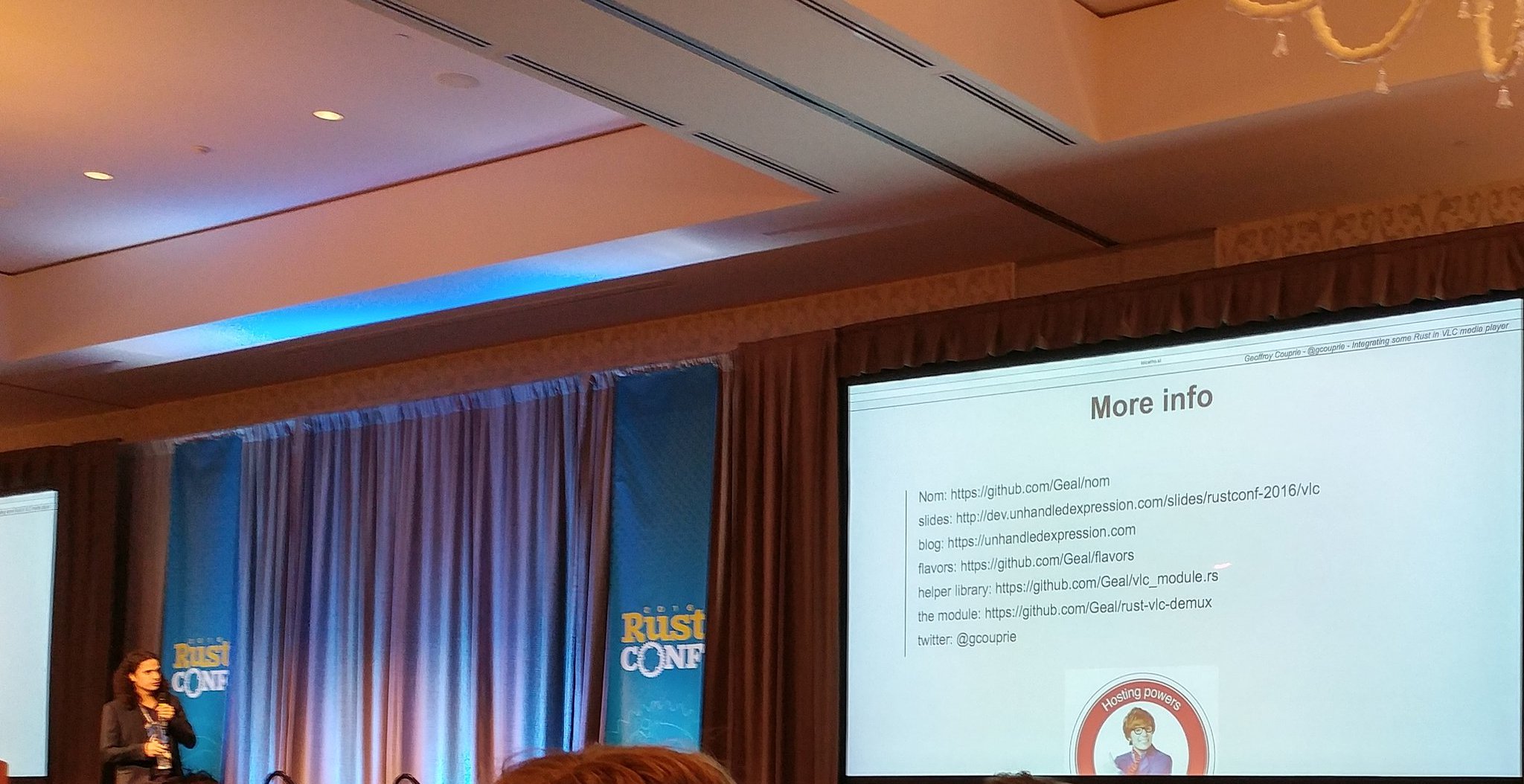 VLC has C code and is now using Rust to replace the C code.

by Suchin Gururangan and Colin O’Brien

“A mature system might end up being (at most) 5% learning code.”

Vagga: a containerization tool without daemons
Rayon: A data parallelism library for Rust 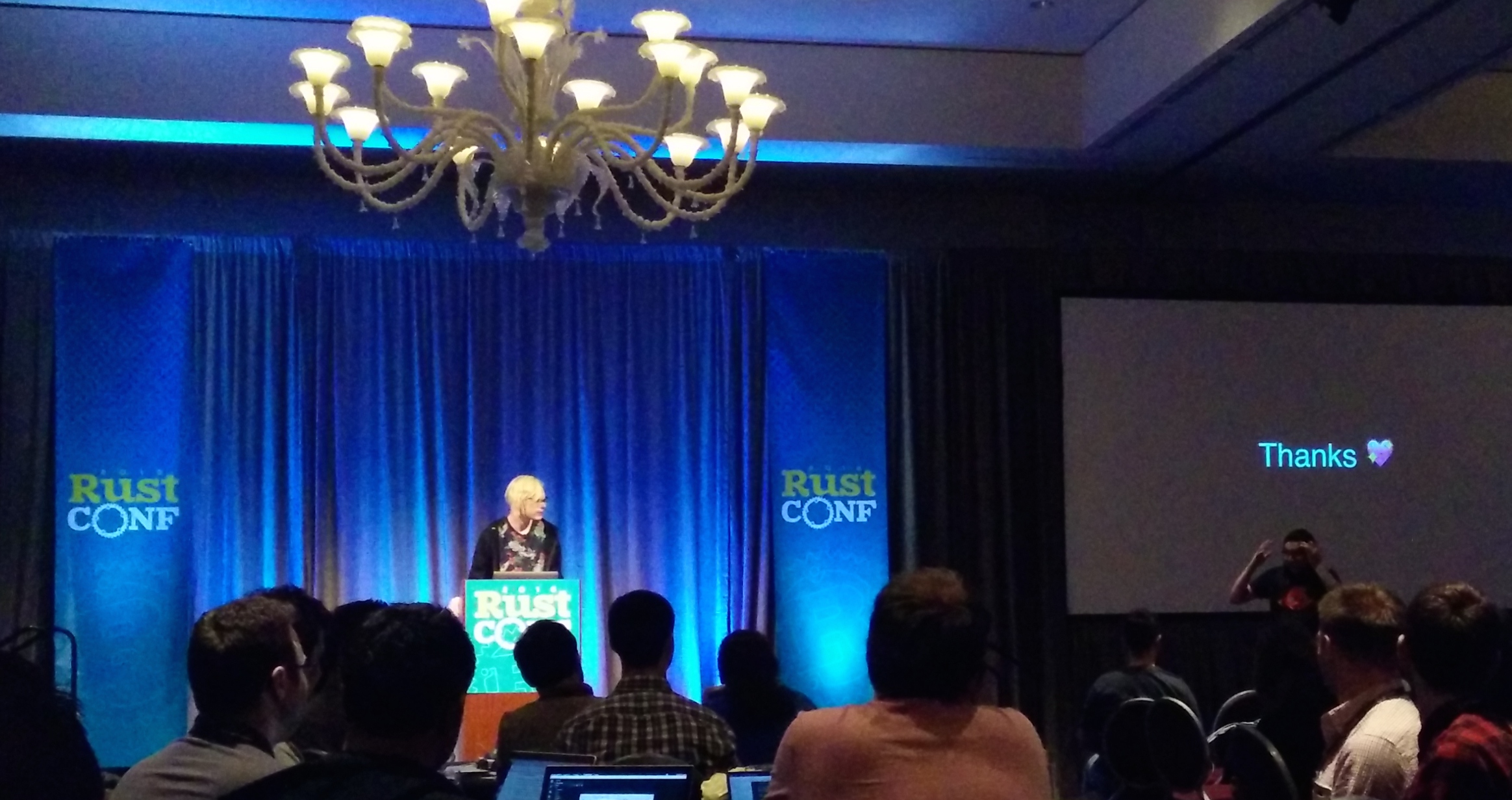 How will I know when it’s a good idea to use a Trait or an Enum?

“Design patterns are a sign your language itsn’t powerful enough.”

Patterns don’t have to be template of classes.

Back to the Futures 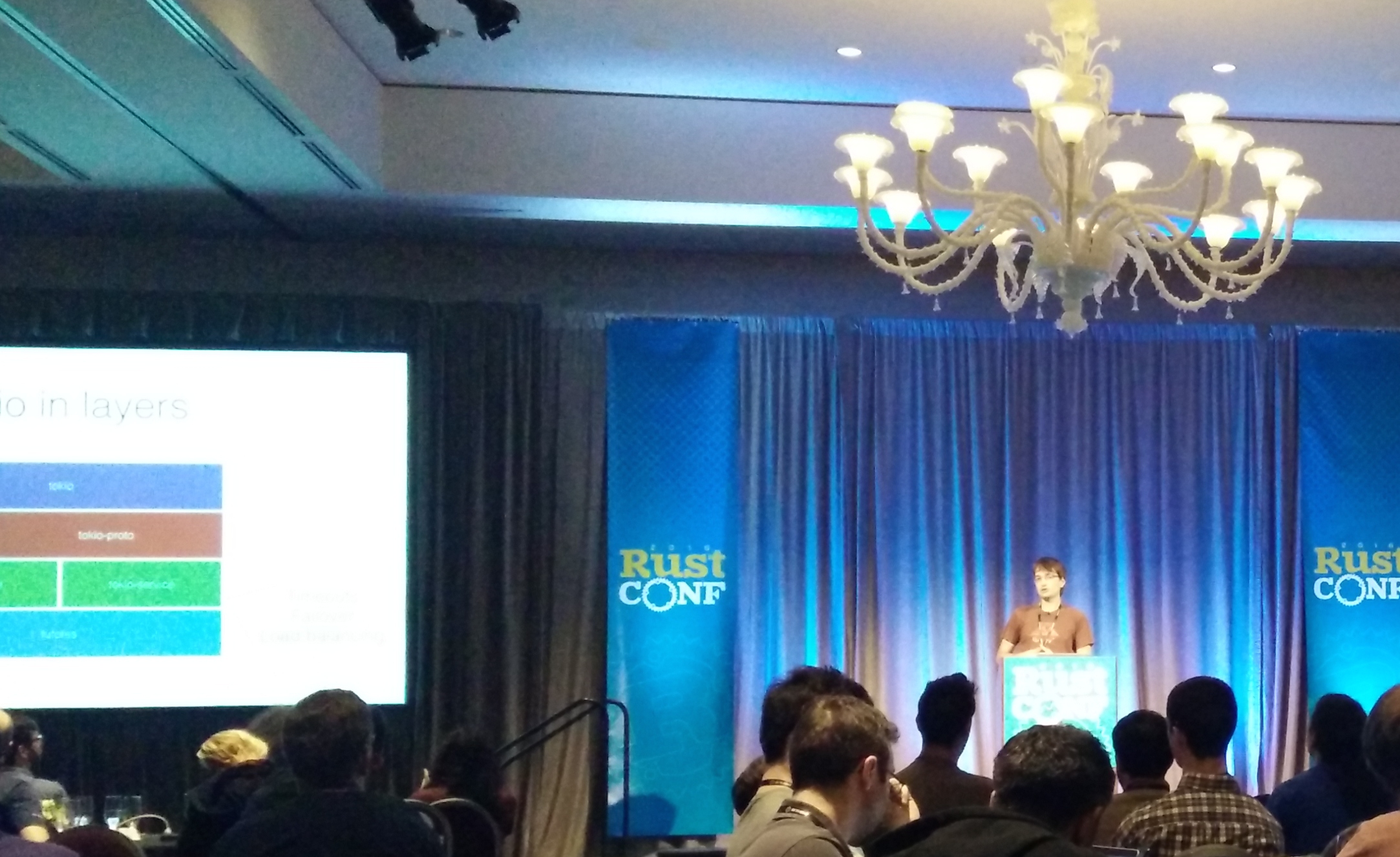 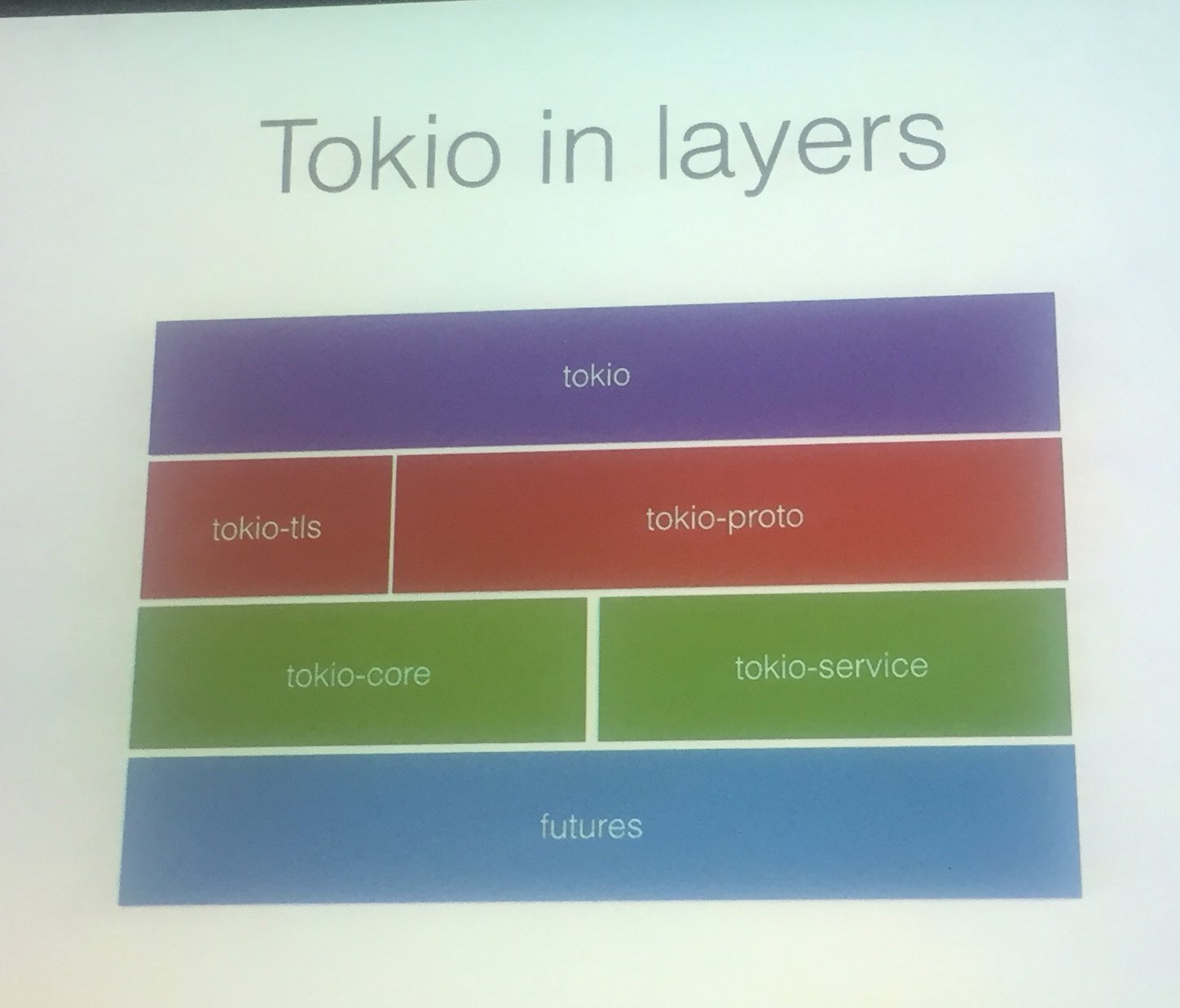 A Modern Editor in Rust

The Xi Editor: A modern editor with a backend written in Rust

How to make a fast editor:

RFC: In Order to Form a More Perfect union 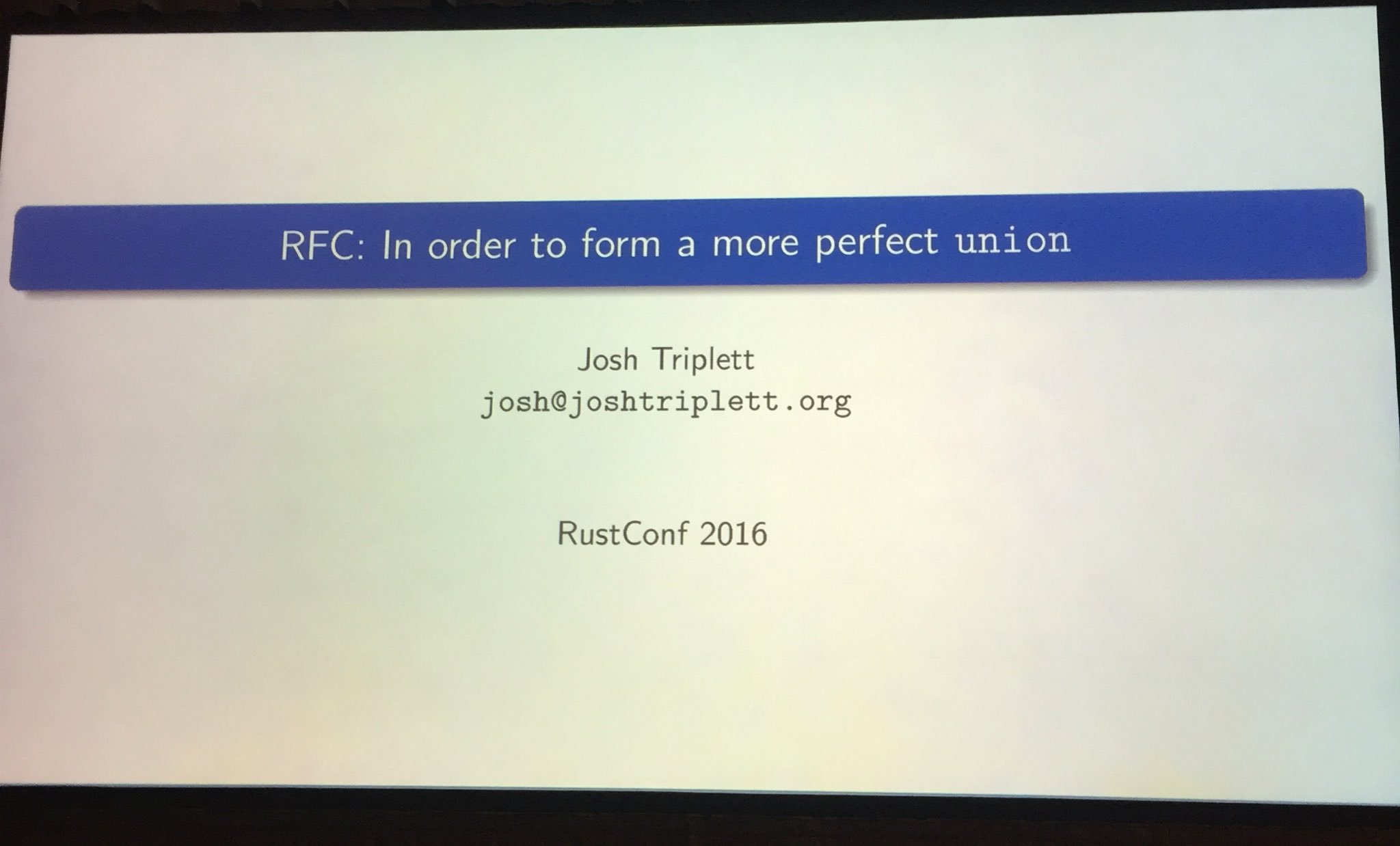 Crater takes a proposed change to the language, loads the entire cargo env base, and checks for breakage.

Improvements through the RFC process by way of multiple person interaction. 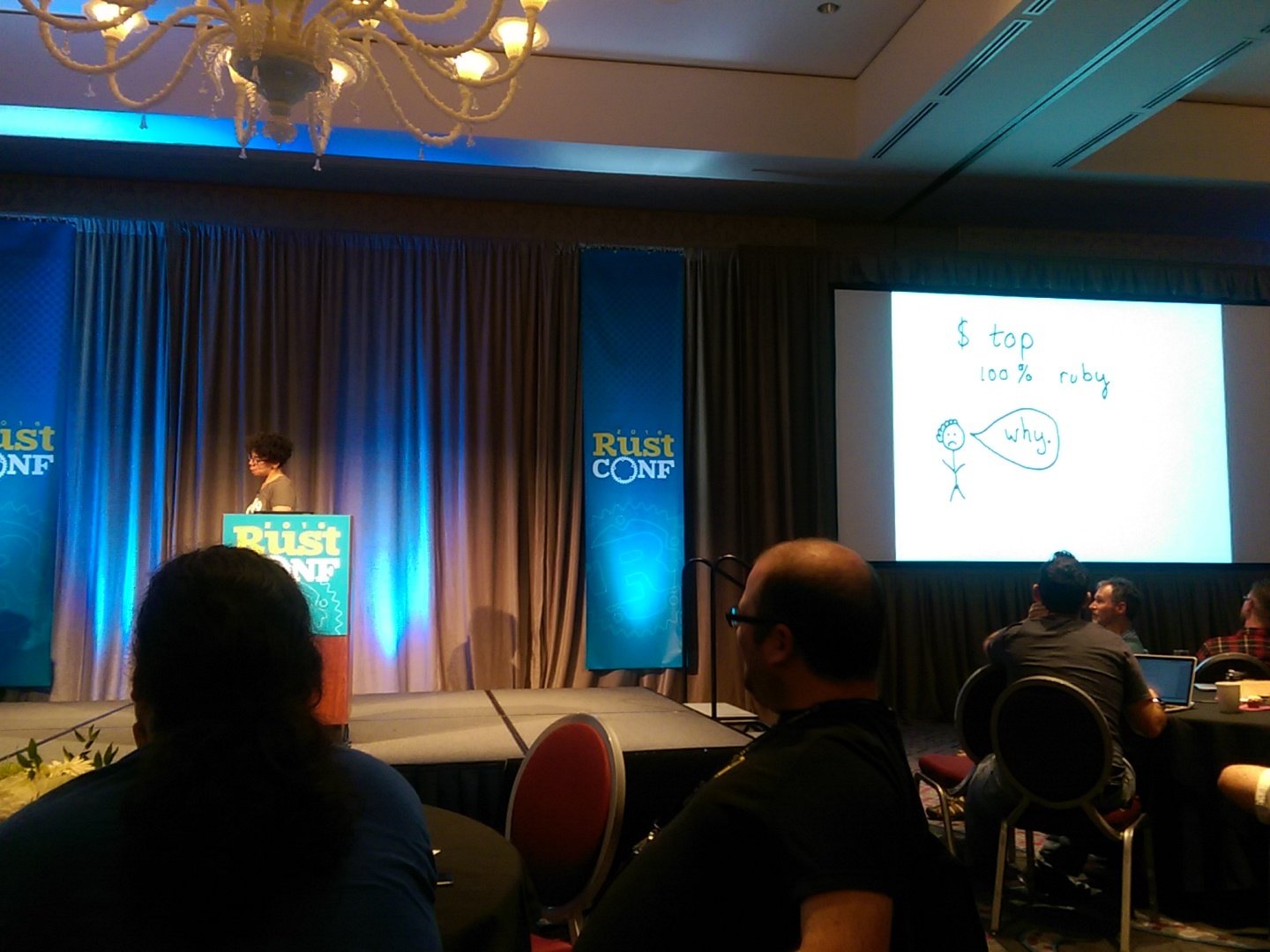 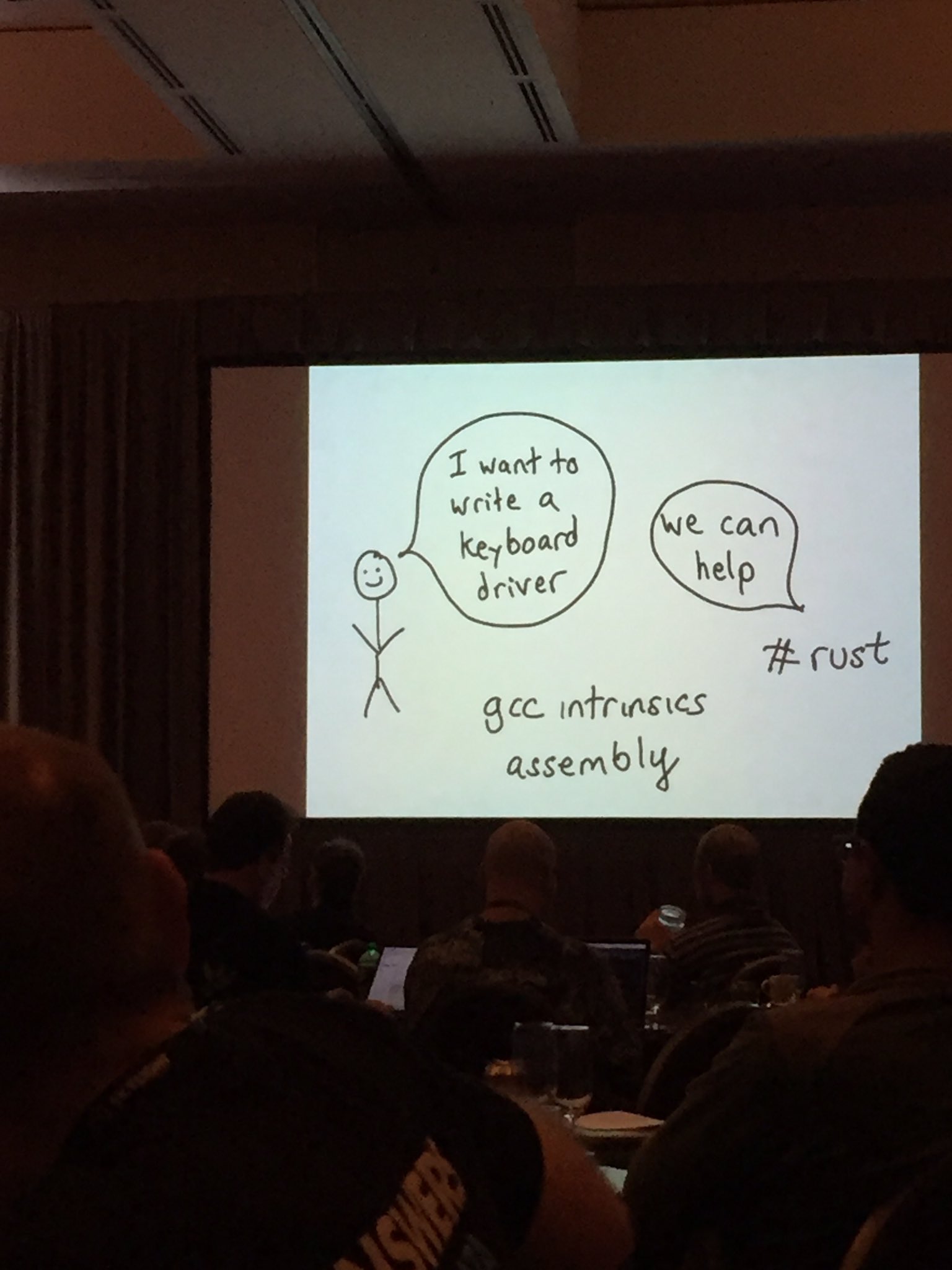 Gimli: A lazy, zero-copy parser for the DWARF debugging format

The year the Rust conferences started! The overall vibe was excellent. Everyone was just excited to be there. For me personally the hallway track was very different then the conferences I’m used to. I’m used to hallway chat about apps and gems and web development. The general chatter here was system performance which is out of my normal space. So I learned a lot. As well as sat in on conversations I considered a little over my head.